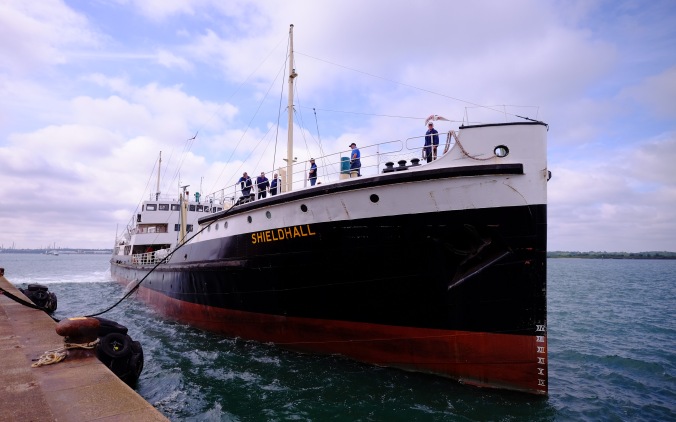 The SS Shieldhall is an unique example of a working of steamship, typical of the cargo and passenger ships that crossed the oceans of the world from the 1870s until the mid 1960s The Shieldhall was built in the 1950’s built on the classical lines of a 1920s steamer with a traditional wheelhouse; the hull is of riveted and welded construction and this unusual feature is representative of the transitional phase in British shipbuilding when welding took over from riveted build. The hull has a slightly raked bow and cruiser stern. The decks are of teak An emergency steering position at the rear add to the classic type of ship layout. Her lines reminds me of ships you see in convoys of WW2. 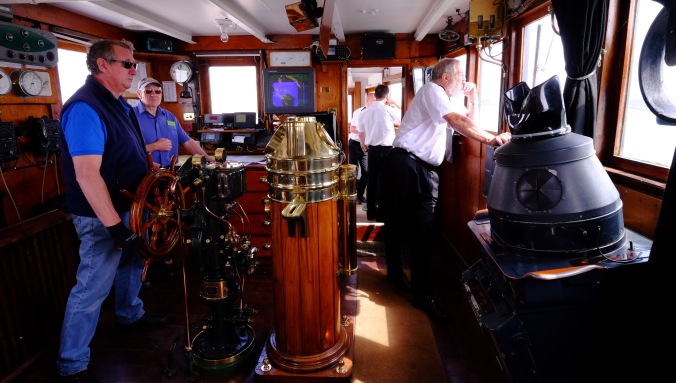 Today Shieldhall is thought to be the largest working steam ship in Northern Europe. Originally built to carry treated sewage sludge down the Clyde which it dumped at sea. Today she is run as a historic steam ship and takes passengers on day trips from Southampton docks.

Although I have visited the Shieldhall in the past today’s trip was the first time I have been to sea on her. (down Southampton Water to Netley and back). The weather being good added to this pleasant trip on the water. The Shieldhall only had about 70 passengers on board but can take 200 so there was plenty of space to enjoy the trip including visits to the engine room, boiler room and wheelhouse. 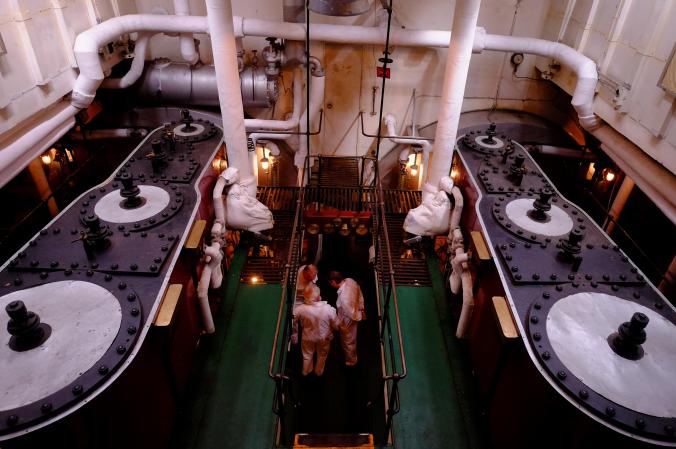 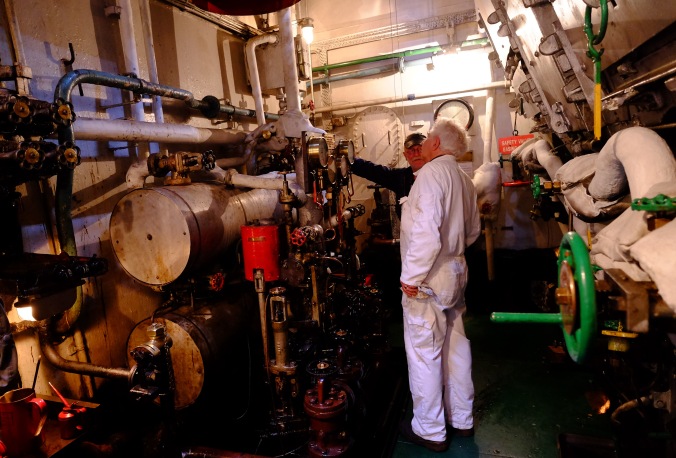 Boiler Room. Oil is preheated prior to being fed into the boilers 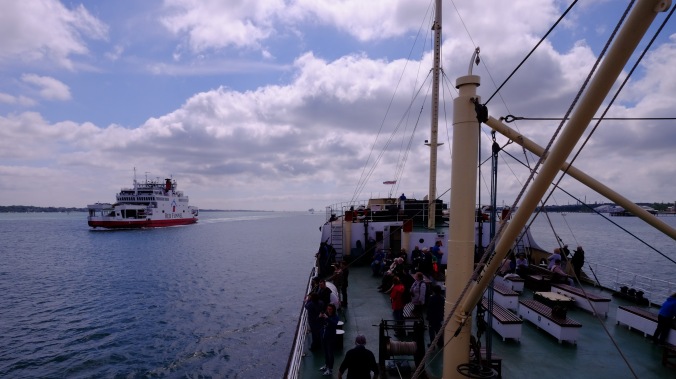 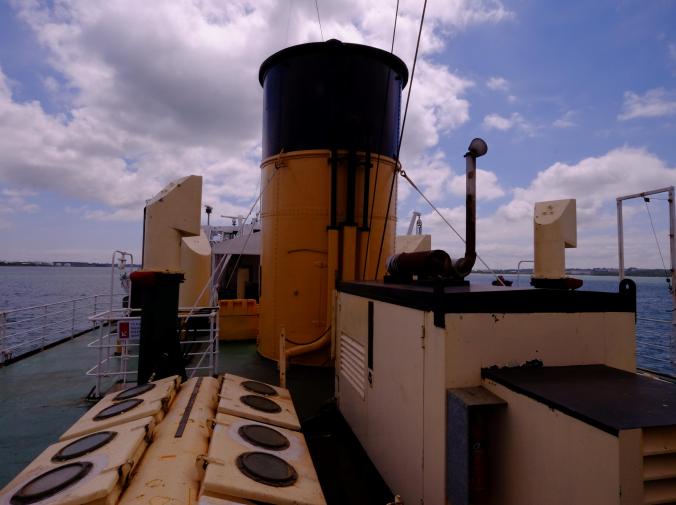 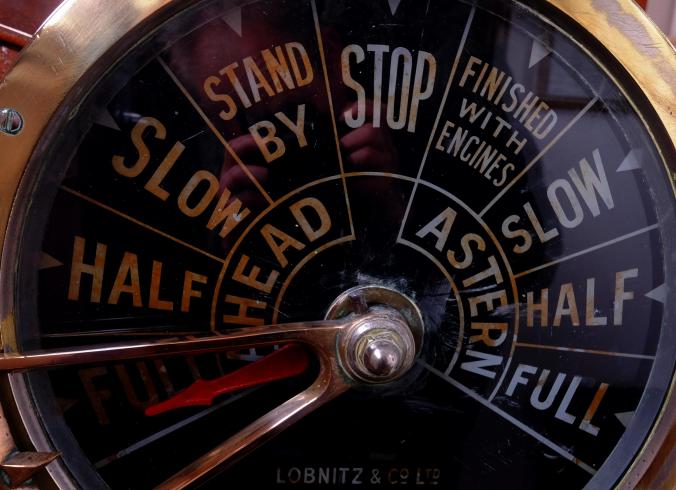 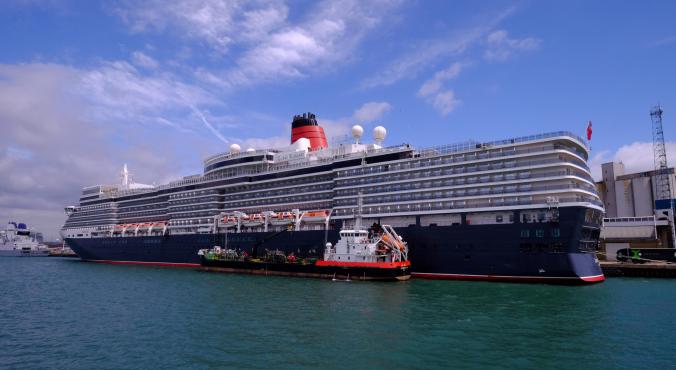 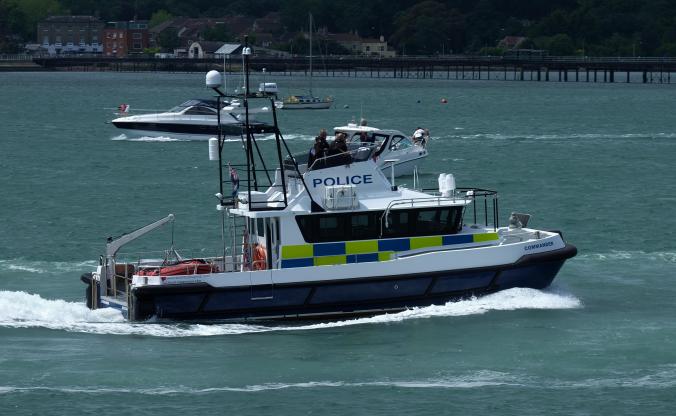 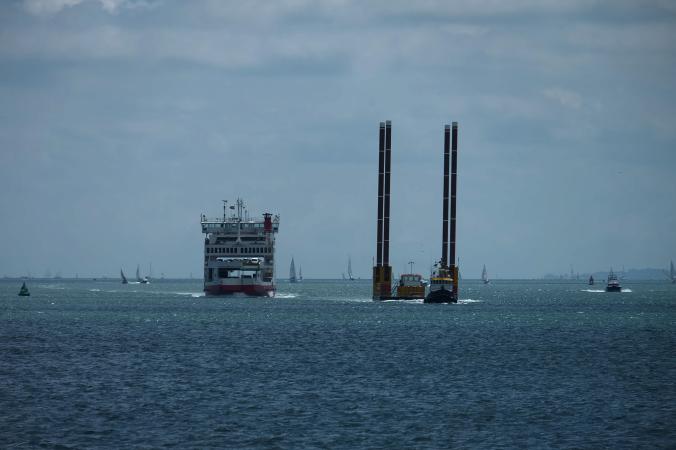 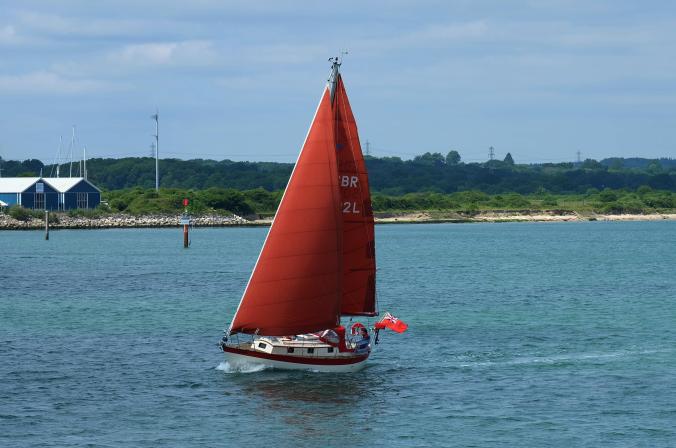 6 thoughts on “SS Shieldhall, A trip on Southampton Water”